Cancer and inflammation seam to go together. There is a mountain of scientific evidence that points us in the direction that there is a connection between the growth and spread of cancer.

Inflammation is a response to tissue that has become damaged. This can be a result of a physical injury, infection, ischemic injury, exposure to toxins, or other various types of trauma.

Cancer and inflammation are interrelated because inflammation can play a role in the suppression of tumors because it stimulates an anti-tumor immune response. However, it appears that it often stimulates rather than suppresses tumor development. 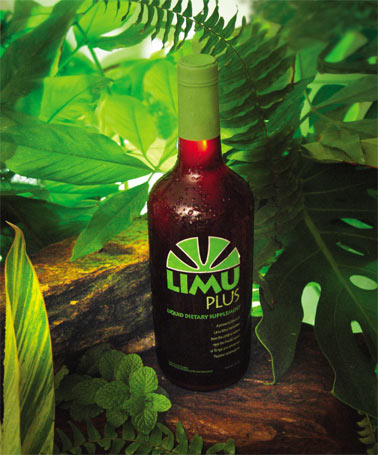 Limu Plus is an anti-inflammatory. Its phytochemical fucoian has been the subject of 600 studies. Fucoidan assists with digestion, joint care, helps to support the liver, improves blood function [or blood flow], improves stomach function and enhances cell and skin growth.

Clinical and epidemiologic research indicates that there is an increased risk of certain types of cancer when the patient has chronic inflammation. For example, people who either have ulcerative colitis or Crohn’s disease are predisposed to cancers in the intestinal tract.

Basic research has shown that many of the inflammatory processes, when found in the association with tumors, are much more likely to contribute to the growth of a tumor, its progression and its metastasis rather than elicit an effective anti-tumor response.

The culprits that are in the driver’s seat of this process are none other than inflammatory cells and other signaling molecules of our immune system which is our in-born defense system. Our immune system recognizes potential threats without having to have any previous exposure to them.

Inflammation is connected to all three stages of the development of a tumor: initiation, progression and metastasis. Therefore, you can see where inflammation and cancer are closely linked.

Inflammation contributes to the formation of a tumor by causing the release of various chemokines and cytokines. This alerts the vessels to release inflammatory cells and other factors into the surrounding tissue thus causing oxidative damage and other DNA mutations.

There is much evidence today that suggests that chronic inflammation leads to a greater cancer risk. The types of inflammation that lead to the various types of cancer are varied.

They are caused by such things as asbestos exposure, viruses, or possibly the body’s own digestive acids. The longer a person has to deal with chronic inflammation, the higher the risk is of getting cancer.

Acute or short-term inflammation is considered to be a good thing. Our bodies send certain agents of cells to deal with the type of infection we have, such as a splinter. However, chronic inflammation is different. This kind of inflammation can actually encourage cancer growth.

What is being tested for example is the role that oxidants play in Cancer and inflammation. Oxidants are damaging substances that are made by our immune system cells. Antioxidants are substances that we want to give not only to our children but for ourselves. Antioxidant compounds have been know to prevent tumors from appearing. I don't know about you, but I like preventing inflammation rather than what it can lead to.